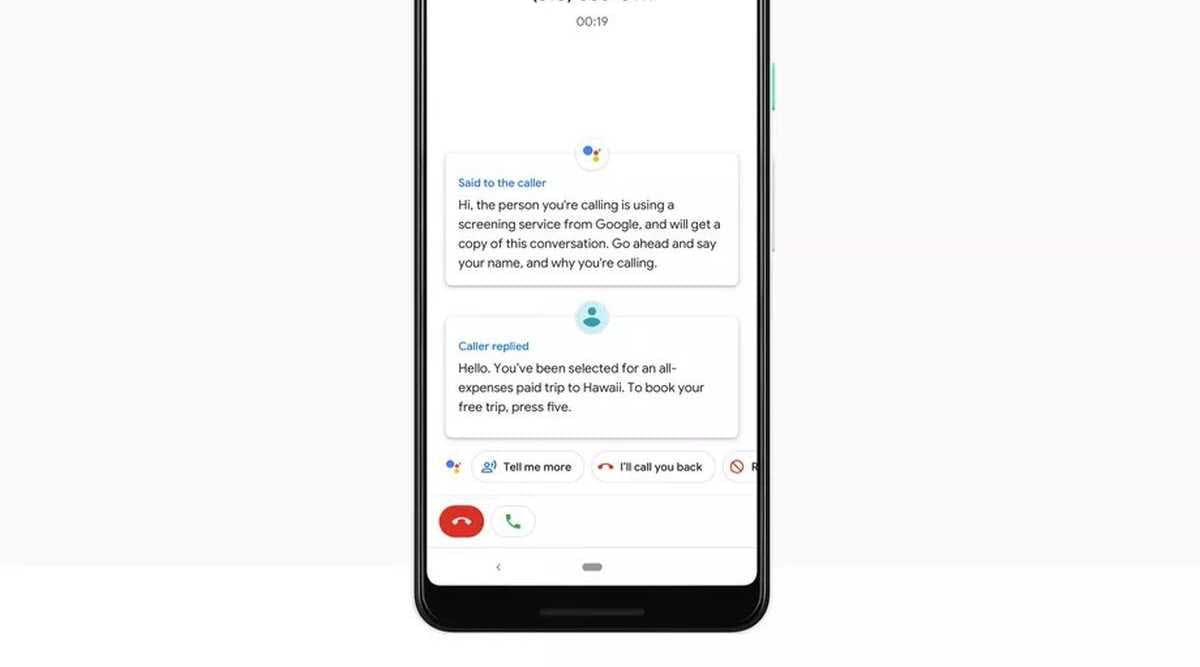 Pixel 3 was the phone that Google touted to have all the AI that you could possibly want in a Phone, The Pixel 3 has an impressive Camera which uses Machine Learning to take better Pictures over time.

As soon as you press the button to take a Picture, a Series of Photos are taken and processed by AI to choose the ‘Top Shot’ which looks aesthetically pleasing and if the subject is a Person, without their eyes closed.

The launcher uses Machine Learning to make an educated guess on which app you’re about to launch and suggest the app that it thinks you want right there in the app switcher. It even goes as far as predicting what you're going to do in an App by showing you App Actions.

All of this is great but there’s something missing from the Pixel 3 Smartphone, Call Screening is still nowhere to be seen for everyone except for the United States.

One of the main features People were excited to use, is missing 4 months since the release of the Pixel 3 back in November.

The feature has been saving time and hassle for many Americans, by allowing them to find out who and why someone is calling without talking to the person on the other line.

I frequently get Phone calls that I wished I never answered such as Sales Calls, ‘Google Call Screening’ will help by filtering out all of the nuisance calls I get on my work number.

If I’m in a Meeting and I receive a call, I want to find out the urgency of the Call, before answering. This will be useful and, I can see myself using 'Google Call Screening' frequently.

"PRIVACY ADVOCATES OR THE EUROPEAN UNION DON'T HAVE ANYTHING TO COMPLAIN ABOUT?"

There could be many different reasons for the delay, Google hasn’t given a reason so far - I can only imagine they’re treading carefully in the European Union because of the recent Fines dished out by the European Union.

This makes me think that Google is ensuring ‘Call Screening’ will be GDPR friendly and won’t break any laws. The reason for delaying specific Features in Countries, other than the United States is because the complexity of each Country is different.

Google has stated that the Assistant is working locally on the phone, they don't send any data back to their Servers. This should surely mean Privacy Advocates or the European Union don't have anything to complain about?

It looks like people are being invited to join a Beta of ‘Google Call Screening’ in Canada so far, this could mean that Google is starting to test other Countries too. Google is sending out invites by email, so make sure you’ve signed up for the Dialer App Beta if you want an early chance to test out ‘Call Screening’.

My only hope is that Google sends out invites to the Brits too!