For a long time, iPlayTV was the go-to app for IPTV on the Apple TV (4th Generation), with little to no competition, sure there are a few IPTV Apps but none are optimized for the tvOS and utilized the Power of the Apple TV.

Enter IPTVX, the only true competitor for iPlayTV. The Developer Matteo Gobbi, is currently a Software Engineer at Google working on iOS Apps, who recently finished a three-year stint at Twitter. 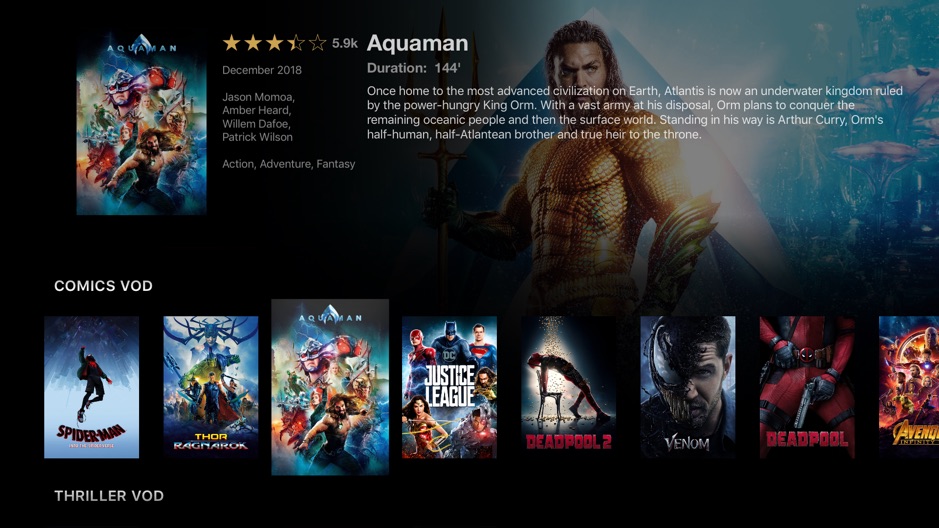 He created an IPTV Player that is one of the best in its class, IPTVX is styled to mimic the layout of Netflix and borrows some of its features, such as the ability to continue watching a movie where you left off.

Most of the features in this app are unprecedented for an IPTV app, such as watching an episode of TV Show and then have the next episode offered up to you at the end (as Netflix and Plex currently).

I predominately use an Android TV to watch IPTV. I can tell you that no app on Android TV can come close to the experience that IPTVX gives you.

Watch your IPTV playlists, TV Live, Movies and TV Shows in Netflix's style. IPTVX keeps track of what you're watching, your favourite channels and analyses your playlist showing you all the new movies, shows, episodes and TV channels!

I recommend using a VPN like NordVPN if your ISP is blocking the IPTV Provider, if it Channels aren't working at all then use a VPN.

Imagine VPN as a secure, encrypted tunnel for online traffic to flow. Nobody can see through the tunnel and get their hands on your internet data. NordVPN gives you peace of mind each time you use public Wi-Fi, access personal and work accounts on th...